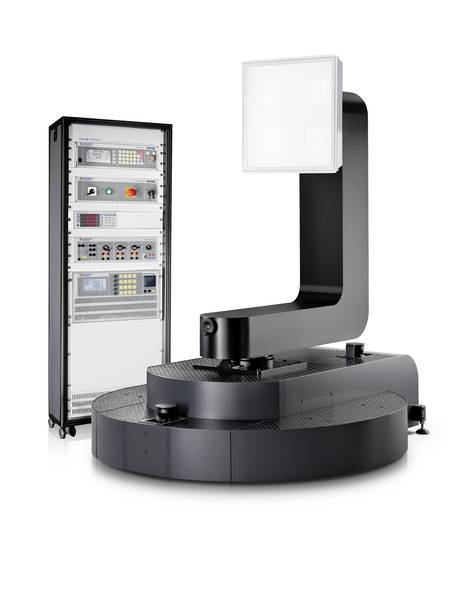 In addition, energy efficiency can be tested and evaluated in accordance with the European Ecodesign Directive for energy-related products. The newly developed correction of the burning position is a key upgrade for measurement in conformance with the latest international standard CIE S 025 and its European pendant EN 13032-4, in force since August 2015.

Instrument Systems’ innovative burning position correction permits measurement of all photometric quantities of the device under test in a luminaire orientation other than the designed burning position. The mechanical design guarantees a comfortable setup of the operational position necessary for correction and determination of correction data using the auxiliary photometer method in conformity with the new international standards. As it allows turning the sample into designed burning position even when switched on, there is no need for renewed thermal stabilization of the light source. This minimizes the effect of the correction process on valuable measuring time.

A new application in SpecWin Pro software facilitates the creation of storable correction files. They can be reused at any time for test specimens of the same design with a similar spatial radiation pattern.

The LGS 1000 with position correction by Instrument Systems satisfies all applicable international standards for highly accurate measurements. Moreover, the compact goniometer is an economic alternative to large and complex rotating mirror goniometers.